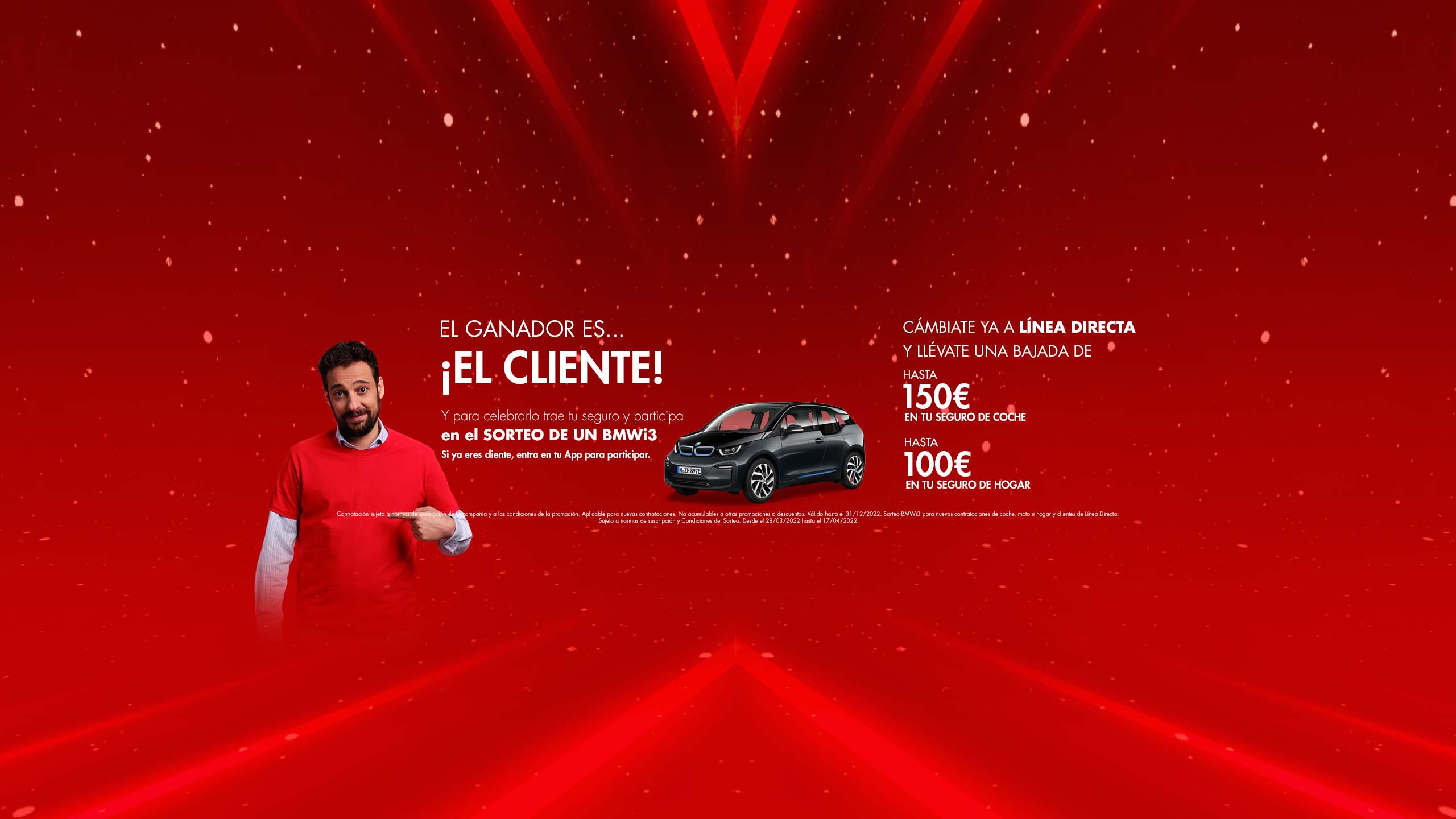 Madrid, 28 March 2022. After more than ten years as the face of Línea Directa Aseguradora and following the successful campaign about his succession, the company is now launching a new advertising communication strategy. As part of this strategy, the customer, along with the coverage and services offered by the Group, will play a leading role in the new spots.

So the journalist is making way for a new advertising stage for the company focused on showing how the customers of Línea Directa actually perceive their insurance company as a large insurance group capable of offering them useful and innovative products with the best coverage and most comprehensive services at an exceptionally competitive price.

This is why The Customer, represented in the latest advertisements by The Nameless Character, is taking over from celebrities - Mónica Carrillo, Juanma Castaño y Carlos Latre - as the best representative of the multi-line and outstanding offer in terms of coverage, service quality and value for money  of Línea Directa Aseguradora.

In addition, and in order to reward the trust of new and existing policyholders, Línea Directa is holding a draw among new and current customers for a BMWi3 120 ah (170cv), which includes comprehensive insurance with excess for the first year, and payment of the tax for the prize.

Participation in the draw starts today and the deadline is 17 April. Policyholders who have already taken out a car, motorcycle or home policy of Línea Directa Aseguradora may participate by downloading and accessing the Línea Directa App and logging in as a customer. New customers will be able to vie for the gift of the BMWi3 by taking out a new car, motorcycle and / or home policy during the term of the draw.

With this initiative, Línea Directa Aseguradora rewards both the loyalty of its more than 3.3 million customers and the trust of those who decide to take out their insurance with the company. The latter will see the price of their car insurance reduced by up to €150 and that of their home insurance by up to €100 for switching their policy to Línea Directa.

The gift of an electric vehicle marks the Group's continued commitment to and promotion of sustainable mobility, where since 2016 it has offered its Respira (Breathe) policy, a specific insurance policy for electric vehicles, with a lump sum for private customers in the first year.

According to Antonio Valor, Head of Marketing of Línea Directa Aseguradora: "We are launching a new advertising communication strategy in which we will show prospective customers of Línea Directa the attributes that our more than 3.3 million customers associate with the brand, such as exceptional service quality, innovation, digitalisation and, of course, competitive pricing. And we want to do this by acknowledging the trust that all of our policyholders place in Línea Directa Aseguradora. This is why the customer is the new protagonist in our campaigns".