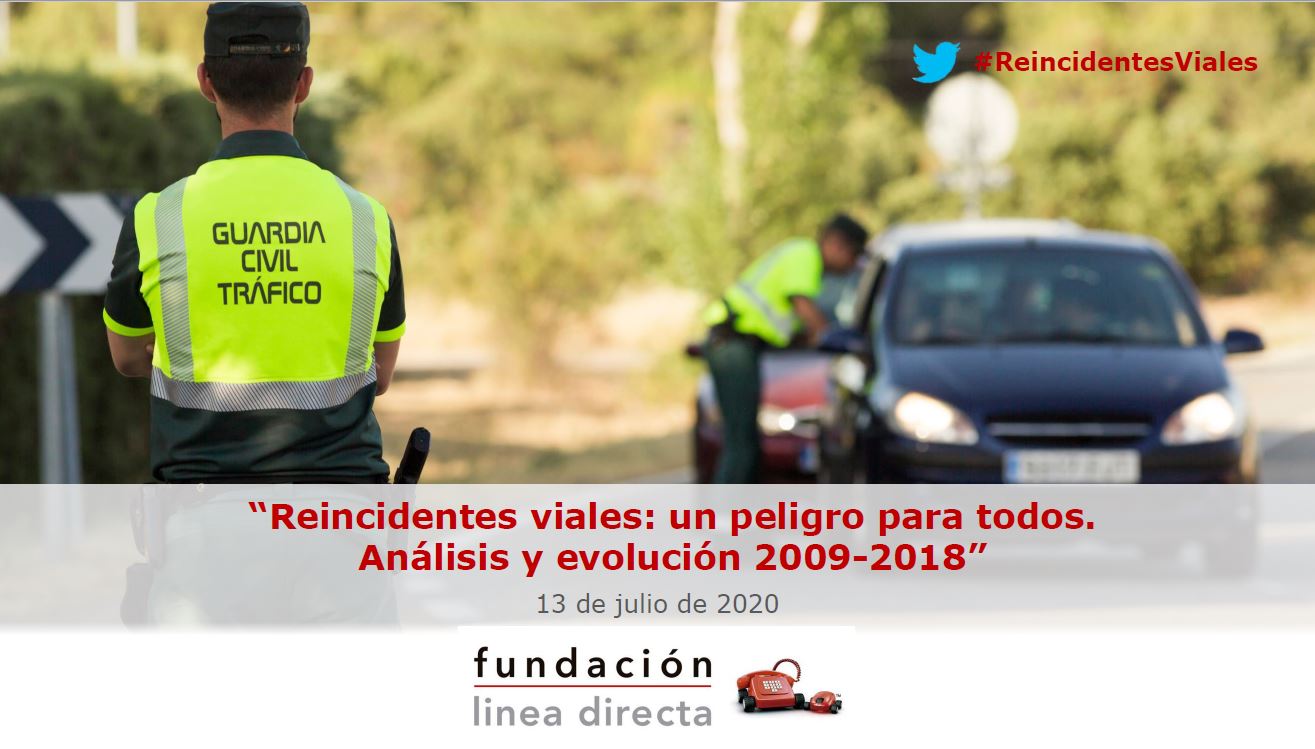 Madrid, 13 July 2020.- In barely 72 horas, 18 people lost their lives in traffic accidents during the first weekend of the summer holidays. And in the last ten days of June alone, there were 25% more fatal victims than during the same period last year. Spanish drivers appear to have come out of lockdown with a euphoria that is threatening to leave a tragic summer in its wake for traffic victims. 'This country cannot take any more deaths. Drive with extreme caution,' warns the Department of Traffic in its newly launched campaign.

Accidents are a pandemic that leave 1.3 million people dead and 50 million severely injured worldwide every year. In Spain alone, 1,800 people die and 8,900 are seriously injured annually, most of them for serious or very serious road safety offences or crimes, such as speeding or driving while using their mobile phones or under the influence of alcohol or drugs. Over the past decade, more than 20,000 people have died on the roads. A large number of drivers repeat this dangerous behaviour, putting everybody's safety at risk.

The deployment of the points system and the inclusion of road crimes in the criminal code have contributed to a reduction in repeated traffic offenders, who are characterised by committing serious or very serious offences repeatedly, but there is still a chronic and extremely dangerous underlying problem: although there were almost 78,000 in 2009, there are still about 45,000 extremely dangerous drivers on Spanish roads every year. Over the past ten years, 570,600 repeat traffic offenders were penalised and identified by the Department of Traffic.

This is just the tip of the iceberg: there are many other drivers with this high-risk behaviour that have not been 'caught' and are therefore not counted in official statistics. So, it is vital to discover the real size of the repeat traffic offender problem in Spain. With this in mind, the Línea Directa Foundation, in collaboration with FESVIAL (the Spanish Road Safety Foundation), has run a study called 'Reincidentes viales: un peligro para todos. Análisis y evolución 2009-2018' (Repeat Traffic Offenders: A Danger to All. Analysis and Trends 2009–2018), which analyses the Department of Traffic's data on repeat traffic offenders for that period, sentences handed down for traffic offences and a survey of more than 1,700 drivers to discover how they behave on the roads and their opinion of repeat offending.

Some very worrying data can be gleaned from the latter: 55% of Spanish drivers, 15 million in total, confess that they have repeated a serious or very serious offence two, three or more times over the past year. A much higher number than the 570,600 penalised over the past 10 years and the 45,000 identified repeat traffic offenders that drive on Spanish roads every year.

Of those 15 million, 12 million (43%) say that they usually drive above the speed limit; 7 million (26%) do not respect the safety distance; 3.7 million (14%) drive while talking on their mobile phone, and 2.8 million (10%) drive under the influence of alcohol. However, only 22% of them acknowledge having ever been penalised.

This behaviour poses a serious threat to the safety of drivers in general. 60% say they have witnessed or even been a victim of this recklessness while driving. Furthermore, this type of offence played a part in 44,647 accidents with victims, leading to the death of 1,439 people, 80% of deaths on the road this year, and 5,168 were seriously injured (58%) in 2018, the latest year for which figures are available.

Repeat traffic offending is a gender issue. The profile of the repeat traffic offender is mainly male (80%), middle aged (between 30 and 49) and has held their licence for more than 10 years (80%). Their main offence is speeding: 2.2% of drivers, 590,000, even acknowledge that they drive at more than 60 km/h over the speed limit every week, which translated to driving at more than 180 km/h on a main road.

Differences are also observed at regional level. By autonomous community Castilla y León (73%), Asturias (62%) and Valencia (62%) are the communities where the most drivers admit to repeating reckless behaviour behind the wheel, above 61% of drivers in all of them, whereas Andalusia (43%), Murcia (44%) and the Balearic Islands (44.5%) are the regions with the fewest repeat offenders.

Nearly a thousand dangerous drivers are in prison

Over the past ten years, 272,800 drivers have lost their licence by using up their penalty point quota due to committing offences. Of these, 17,133 have lost it twice and 1,289 on three occasions since the implementation of the points system in 2006. Far from decreasing, there has been an increase in repeated loss of licences: from 2006 to 2013, 5,700 drivers lost their licence two or more times, and from 2014 to 2020, more than 12,700 did. That is more than double the number from the earlier period.

In the decade analysed, 380,200 drivers did courses to recover their licence in full and 273,500 took courses to reset their points quota.

One in every three crimes committed in Spain is a road safety offence. In 2018, there were more than 89,000 sentences handed for these crimes, of which 63% were for driving under the influence of alcohol or drugs. And, although very few of these offenders end up in prison, there are currently 952 Spanish prisoners (2.3% of the total prison population) in jail for endangering road safety. Nearly 6 out of every 10 inmates were convicted of driving without a licence and half are habitual offenders: they have two or more convictions of another nature in the past 2–4 years.

General lack of knowledge regarding offences and penalties

The Línea Directa Foundation also wanted to analyse drivers' knowledge of the consequences of risky behaviour behind the wheel and their opinion of repeat traffic offenders. The main conclusion of the study shows an extreme lack of knowledge, on the part of drivers, of what is considered a serious or very serious driving offence and the penalties they entail. In fact, 6 out of 10 are unaware of the criminal speed limits and the administrative penalty for speeding; 8 out of 10 do not know what rate of alcohol is considered a crime and the penalty for it; 41% do not know that it is a crime to refuse to take a blood alcohol test; 65% have no idea what the penalty is for using a mobile phone when driving; and 44% do not know what to do if they lose their licence due to using up their points quota.

80% of Spaniards consider fines to be the most effective way to correct repeat offending and 9 of every 10 think that the amount should be raised gradually every time the offenders repeat. The highest ranked measures for road safety re-education are: making the repeat offender join an alcohol or drug abuse rehabilitation programme (57%), collaborate with associations of traffic accident victims (53%) or do community services (50%). Only 25% of drivers believe that being able to get their driving licence back by simply taking a few practice classes is the most effective measure.