null Línea Directa will end 2020, the year of its 25th anniversary, with 3.2 million customers and a turnover close to €900m 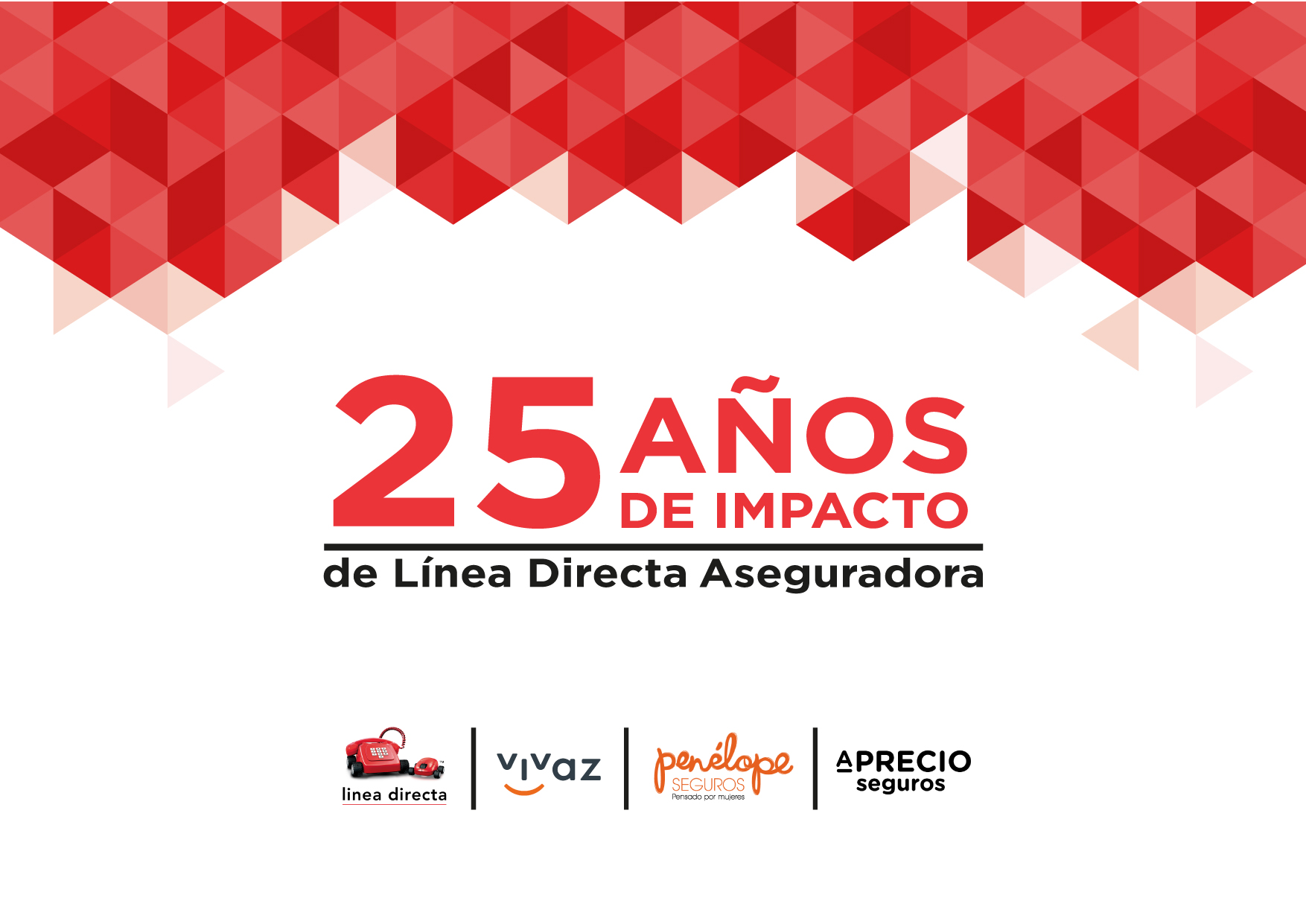 Línea Directa will end 2020, the year of its 25th anniversary, with 3.2 million customers and a turnover close to €900m

Madrid, 16 November 2020.- The figures speak for themselves: since 1995, Spain has 8 million more inhabitants, almost double the number of vehicles, it has multiplied its gross domestic product by more than two and has 10 percentage points more women in the work market. IT is a fact that, over the past 25 years, the country has experienced a massive social and economic transformation which has changed forever the way its citizens interact, consume and work. But, if there is one area in which this transformation has been particularly apparent, it is the insurance sector: a business that, over this time, has radically changed the way it sells, generates demand and interacts with its customers.

According to the report, Línea Directa was the first insurance company to successfully sell insurance over the phone, with no brokers or network of branches, which was an important revolution in the sector. But little indicated the huge success that the company would have later, as Línea Directa started out as a small start-up from an office in Tres Cantos where everything was recycled and reused: ads were translated from English, the merchandising was provided by the British parent company and, for the first few months of activity, the employees even recognised the customers by voice or by their make and model of car.

25 years later and in an especially difficult context, Línea Directa Aseguradora will end 2020 with record figures, with a turnover of almost €900 million and a portfolio of more than 3.2 million customers, gained completely organically.

Línea Directa Aseguradora started out in 1995 as a joint venture between Royal Bank of Scotland and Bankinter; a venture that lasted until 2009, when the Spanish bank took over 100% of the insurance company's capital after paying €426 million to its British partners. The company's reception in Spain was a great success from the beginning: in just 4 years, it reached break-even, and one year later it already had a turnover of €100 million; an amount that it has multiplied by 7.5 over two and a half decades, in the car business alone, consolidating Línea Directa as the 5th largest insurance company by volume of premiums.

The development of the company has been brilliant: in 1999, it became the first Spanish insurance company to sell insurance via the Internet, a channel where it has been a leader ever since. In 2008, it began operating in the home insurance sector with the first customisable insurance policy. Línea Directa is no. 12 in the national ranking in this sector without having resorted to buyouts or mergers. In 2017, the company presented Vivaz Seguros, its health insurance brand, the first to reward customers for leading a healthy lifestyle.

In financial terms, the figures accumulated over 25 years give an idea of the size of the project. Since 1995, Línea Directa Aseguradora has attained a volume of premiums of almost €12,200 million, obtained accumulated profit before tax of €1,775 million and a customer portfolio of more than 3.2 million customers.

Furthermore, thanks to its business model, more efficient and profitable than that of traditional insurance companies, it has one of the highest ROEs in the sector (35%) and the second highest among its European peers, and a combined ratio and claims incurred differential of 10 points compared with its competition, which allows it to offer a price up to 30% more competitive than the market average. As regards benefits, the company has paid out more than €7,600 million throughout its history, for 8.5 million repairs of its customers' cars, almost 250,000 motorbikes and 1.5 million homes.

Over the past 25 years, Línea Directa has established itself as a source of wealth and job generation in Spain. Since its creation, it has contributed to the public treasury with more than €2,600 million in taxes. For example, it has paid more than €540 million in corporate taxes, more than €275 million in social security contributions, more than €985 million for insurance premium tax (IPT), Spain's Insurance Compensation Consortium charges and local taxes and more than €630 million for VAT paid but not deductible in accident management and costs.

Línea Directa Aseguradora has also become a driver for job generation. Since 1995, it has generated more than 5,200 direct jobs in Spain, almost 60% of which are filled by women. Also since its creation, the company has paid about €1,215 million in salaries, has logged more than 1,000 internal promotions, attained a recommendation index among employees of 74.8% and 84.7% of employees are satisfied or very satisfied, according to the Merco Talent reputation report.

Since 2009, Línea Directa Aseguradora has brought Bankinter €1,000 million in dividends. In March 2020, Bankinter's Annual General Meeting approved floating the insurance company on the stock market with a listing, which would involve distributing an issuance premium of €1,184 million among Bankinter shareholders. The transaction, which will take place in 2021, will make Línea Directa one of only three Spanish insurance companies listed on the stock exchange.

The company is taking on this challenge in order to gain independence, versatility and financial surplus in the market to achieve a volume of premiums of €1 billion and become one of the 10 main companies in the non-life insurance sector in the medium term. To do so, it will continue in its commitment to organic growth, to an innovative commercial offering and to next-gen digital services, for which it has a Strategic Digitisation Plan which has led it to have more than 1.8 million customers over the past year that now interact with the company digitally. This is 9 points over the target that the insurance company announced last year of 50% of policyholders being digital by 2020, as that figure currently stands at 59%.

Miguel Ángel Merino, CEO of Línea Directa Aseguradora comments that, "2020 has become another year of milestones in the history of Línea Directa Aseguradora. Despite the complicated and uncertain situation caused by COVID-19, we are continuing to record very positive results and, coinciding with the company's 25th anniversary, approval has been given for floating it on the stock market. All this confirms that the disruptive model and the commitment to innovation with which we were created in 1995 have been a success. We arrived on the market changing the way insurance business is carried out and we aspire to keep doing that".