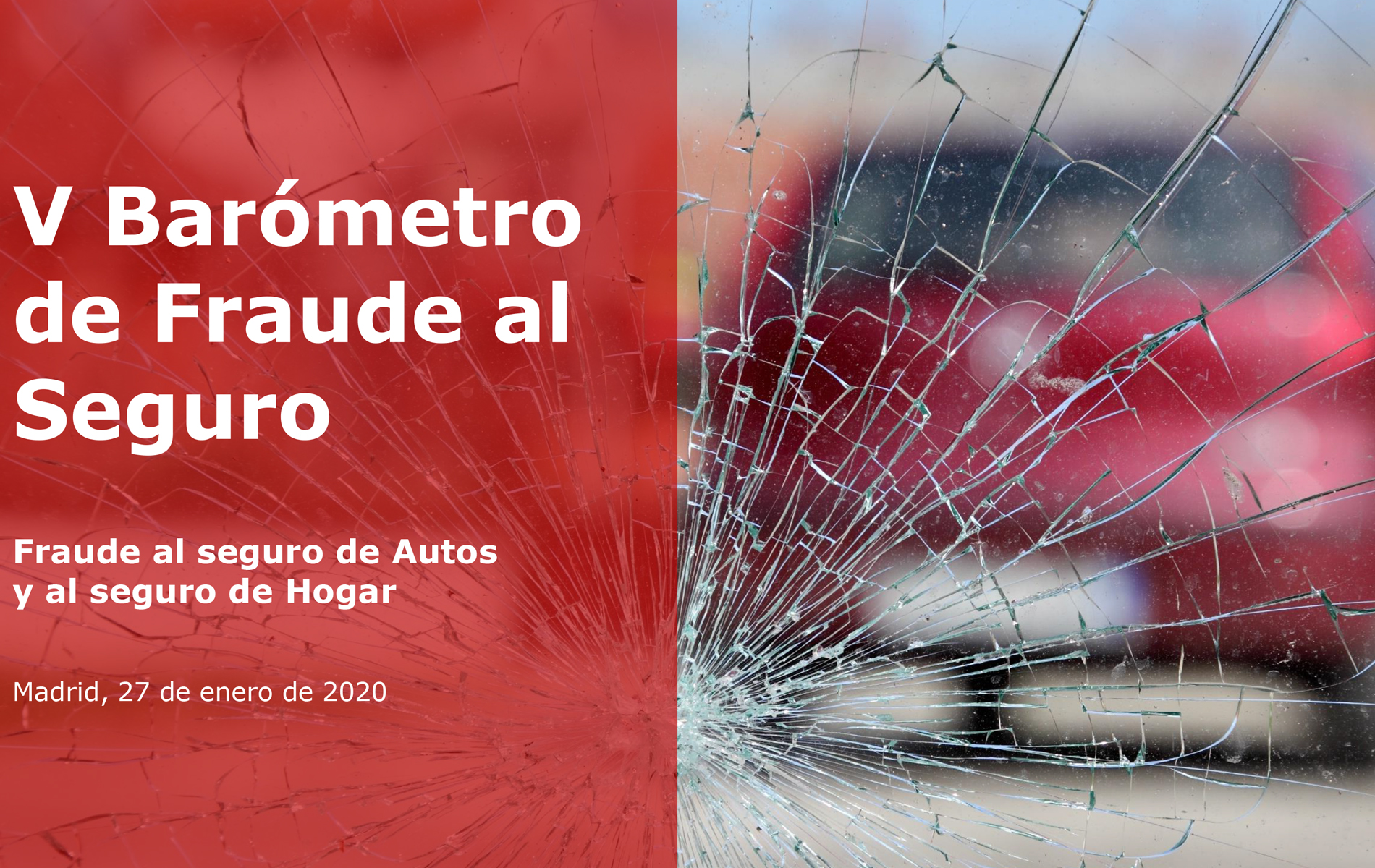 The number of criminal groups scamming insurance has tripled since 2013

Madrid, 27 January 2020.- Workshops that paint fake scratches on cars with chalk in order to bill insurance companies, customers who claim to suffer an insurmountable fear of driving after an accident and who are recorded breaking red lights and overtaking where there are continuous white lines, or people who claim that an accident has left them blind but are able to walk unaided or do the housework without any bother.

These may seem like scenes from a bad pantomime or comic strips, but they are actually some real cases uncovered by anti-fraud specialists working for Línea Directa Aseguradora, which has just presented the '5th Car and Home Insurance Fraud Barometer', the first in the insurance sector to analyse a whole decade of fighting insurance scams (2009–2018).

According to the report, which focusses on 60,000 fraudulent car insurance claims and more than 6,500 fraudulent home insurance claims detected over the past two years, the number of organised criminal groups running insurance scams has tripled since 2013, with over 500 detected during the six years analysed. This rise was particularly pronounced in 2018, when the company recorded an increase of 23% in organised networks compared with the previous year.

These networks, which sometimes have connections to other types of more serious crimes, have a very hierarchical structure with a very small top tier made up of just two or three people. They focus mainly on claiming compensation for personal injury for average amounts of over €10,500, eight times more than conventional fraud. Their 'modus operandi' is usually what is called 'carousel fraud', where the parties scam different insurance companies with staged roundabout accidents or rear-end collisions.

The data analysed in this barometer confirms that fraud is not decreasing, as, despite the improvement in the economic situation recorded in 2017 and 2018 compared to previous years, almost 6 out of 100 claims made in our country over the past two years were false, showing figures very similar to that of previous reports, although the estimated total cost to the sector has dropped from previous Barometers, probably due to improved fraud detection in the sector.

According to Francisco Valencia, Director of Corporate Governance at Línea Directa: "In this fifth year of our Insurance Fraud Barometer, we have confirmed two issues: Firstly, that criminal gangs are becoming a big problem for the insurance sector due to the amounts and nature of their scams. Secondly, the economic recovery of recent years has brought barely any decline in fraud. That is why it is important for all of us to be aware of a problem where the innocent are paying for the sins of the guilty, because honest drivers, who are the vast majority, end up paying for the scams of a few."

According to an estimate by the Línea Directa Aseguradora, the amount in scams for the entire car insurance sector would be over €800 million euros a year (2017–2018), although if the entire decade were taken into account, the total cost would be astronomical, at more than €9.2 billion, the equivalent of 0.8% of the Spanish GDP recorded for 2018.

In the field of fraud between individuals, the average cost per fraudulent claim amounts to €1,296, almost 1% more than what was recorded in the previous Barometer. With regard to property damage, the most common scam is to include damage unrelated to the incident in the report (85%), while, with respect to personal injury, it is most common to simulate injury or pretend that existing injuries have been worsened (99.8%). As for the profile of the fraudster, they are usually young men, aged 18 to 24, unemployed or with an unsteady job, although an increase has also been seen in fraud committed by middle-aged professional men (about 40 years old) with university studies.

As for days of the week, Wednesdays and Thursdays seem to be the days most conducive to committing scams, while the months of March, April and May, just before the summer holidays, are the ones when the highest concentration of fraud takes place.

Southern Spain – the area with the most fraud

Línea Directa wanted to draw up its 5th map of fraud in Spain by analysing the more than 60,000 cases of fraud detected in its portfolio over the past two years, with more than 2.4 million cars insured.

Based on its results, fraud between individuals appears to be localised in the south of the country, with Jaén (8.2%) topping the ranking of this 5th Barometer, followed by Seville (7.8%) and the region of Murcia (7.6%), all well above the national average of 5.6% of claims.

As regards criminal groups, Línea Directa has established a ratio between the number of organised networks it has detected and the population of each autonomous community measured in millions of inhabitants. The resulting ranking is topped by Murcia, which is the autonomous community with the highest number of criminal groups. After Murcia comes Cantabria, Andalusia and the Basque Country.

As the big novelty in this ‘5th Insurance Fraud Barometer’, Línea Directa has included, for the first time, cases of fraud committed in the home insurance sector, a sector with differential characteristics: It is not mandatory, there is much less knowledge about the product than there is about car insurance and fewer claims are made. In addition, the peculiarities of the insured asset limit the types of scam that can be performed. When establishing the concept of home insurance fraud, any cases where the insured party was unaware of the policy cover or exclusions have been removed.

Despite all this, the proportion of fraud in this sector is higher than expected, since 2.4% of the claims made against the insurance are an attempted scam. In addition, there has been a significant increase of 31% in the frequency of claims over the past year, which has risen from 2% in 2017 to 2.63% in 2018.

The average cost amounts to €777 per false claim, which is understandable if we consider that the vast majority of home insurance fraud cases focus on property damage, which pays lower compensation than personal injury. With regard to the total cost to the sector, Línea Directa estimates that the annual volume of fraud would amount to €166.2 million a year.

As for type, the most common attempts at fraud in home insurance are staged or simulated accidents (31%), followed by declaring damages caused prior to taking out the insurance (25%), damage caused by another incident (18%) and the concealment of a prior exclusion (12%).