null A RADICAL CHANGE: THE MORTALITY RATE AMONG YOUNG DRIVERS DROPS BY 41% IN THE LAST DECADE 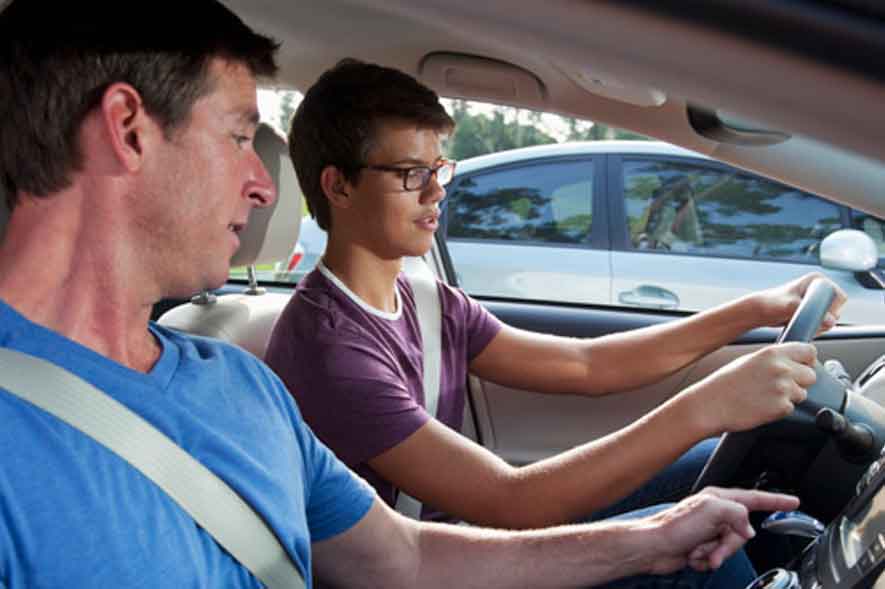 A radical change: the mortality rate among young drivers drops by 41% in the last decade

Madrid, 25 October 2021. Recklessness behind the wheel on party nights, alcohol and drug use, speeding... This has been the image of younger drivers for decades and is already part of the collective imagination of Spanish society. However, despite the deeply-entrenched stereotype, the data is beginning to disprove this belief, revealing some very surprising conclusions. According to the statistics published by the DGT (General Directorate of Transport), drivers from the 18 to 29 years old segment have a better performance in terms of road safety than other age groups.

In fact, even though all the age groups indicates that young people are the most reckless and inexperienced group when it comes to getting behind the wheel (58%) and that, proportionally, they have more accidents than the rest of the age groups (+37% in the last 10 years), drivers aged 18 to 29 years old have experienced a radical change, mainly due to their greater respect for the rules and the change in their mobility habits. Subsequently, their mortality rate has registered a decrease of 41% in the last decade, making them the group of motorists with fewer deceased drivers compared to their own injured (0.5%).

This change is even more pronounced if we compare the current data with those of previous generations, given that, in relative terms, traffic accidents in 1989 caused 31% of total deaths among young people, while 30 years later (2019) this percentage barely reached 17.7%, which would mean a saving of around 35,000 lives. The trend in injuries also yields good data for drivers aged 18 to 29 years old, given that the serious injuries in the rest of the age groups is 10.6% higher than that of younger motorists.

These are some of the main conclusions from the study “The great change. Young drivers: Anatomy of a new generation behind the wheel", carried out by the Línea Directa Foundation in partnership with Zaragoza Centre and which analyses the road accident rate of Spanish drivers aged 18 to 29 between 2010 and 2019.

In the words of Mar Garre, Director General of the Línea Directa Foundation: "For many years we have seen how society prejudged younger drivers by labelling them as the most reckless and inexperienced motorists. However, the figures tell us that nowadays this is not the case. In the last 10 years, drivers between the ages of 18 and 29 have experienced a really remarkable improvement due to a set of circumstances, such as greater responsibility and awareness, new mobility habits and later access to the driving licence",

Type of accident and regional distribution

The most common accident involving young people from the 18 to 29 years old group is the rear-end collision (30%), caused by distractions and not maintaining the safety distance. These accidents usually happen on urban roads (61%) on weekends and in cars that are over 10 years old (44%), and men between 25 and 29 years old tend to have them more frequently (70%). As for the person responsible for the collision, young people usually lose out, as they cause 62% of the accidents, a fact that contrasts against their own perception, given that they think that they are the injured party in 2 out of 3 claims.

Turning to the regional distribution of accidents involving young people, road accidents among young people are a fairly homogeneous phenomenon throughout the country. Despite this, the Autonomous Communities such as the Balearic Islands, Catalonia and Madrid stand out for having an occurrence of this type of accident that is slightly higher than the average, while Castile-León, Navarre and Murcia are recognised for having an accident rate involving young people that is lower than the other regions.

What needs to improve?

Although young people are the worst rated age group when it comes to getting behind the wheel and 1 in 4 Spanish drivers advocate delaying the age of obtaining a driving license until the age of 21 years old, the fact is, drivers between the age of 18 and 29 years old are far from being the most problematic group. In fact, according to the study by the Línea Directa Foundation, motorists between the age of 35 and 44 are the most reckless drivers, as they are the ones who most consume alcohol (45%) and drugs (12%) before driving, who least use a seatbelt as a driver (8%) and who least wear a helmet when riding a motorcycle (12%). In addition, they are the ones who have received the most fines recently (22%) and also those who say they have lost more points off their licence as a result of those offences (45%).

However, it is not all positive data for younger drivers. Despite the great improvement experienced in the last decade, they still have important areas for improvement. For example, they are the drivers who most admit to speeding (72%), who least wear a seatbelt as passengers (16%) and, above all, who most use the mobile without hands-free when driving (47%), a very dangerous practice that causes almost 400 deaths on the road every year.