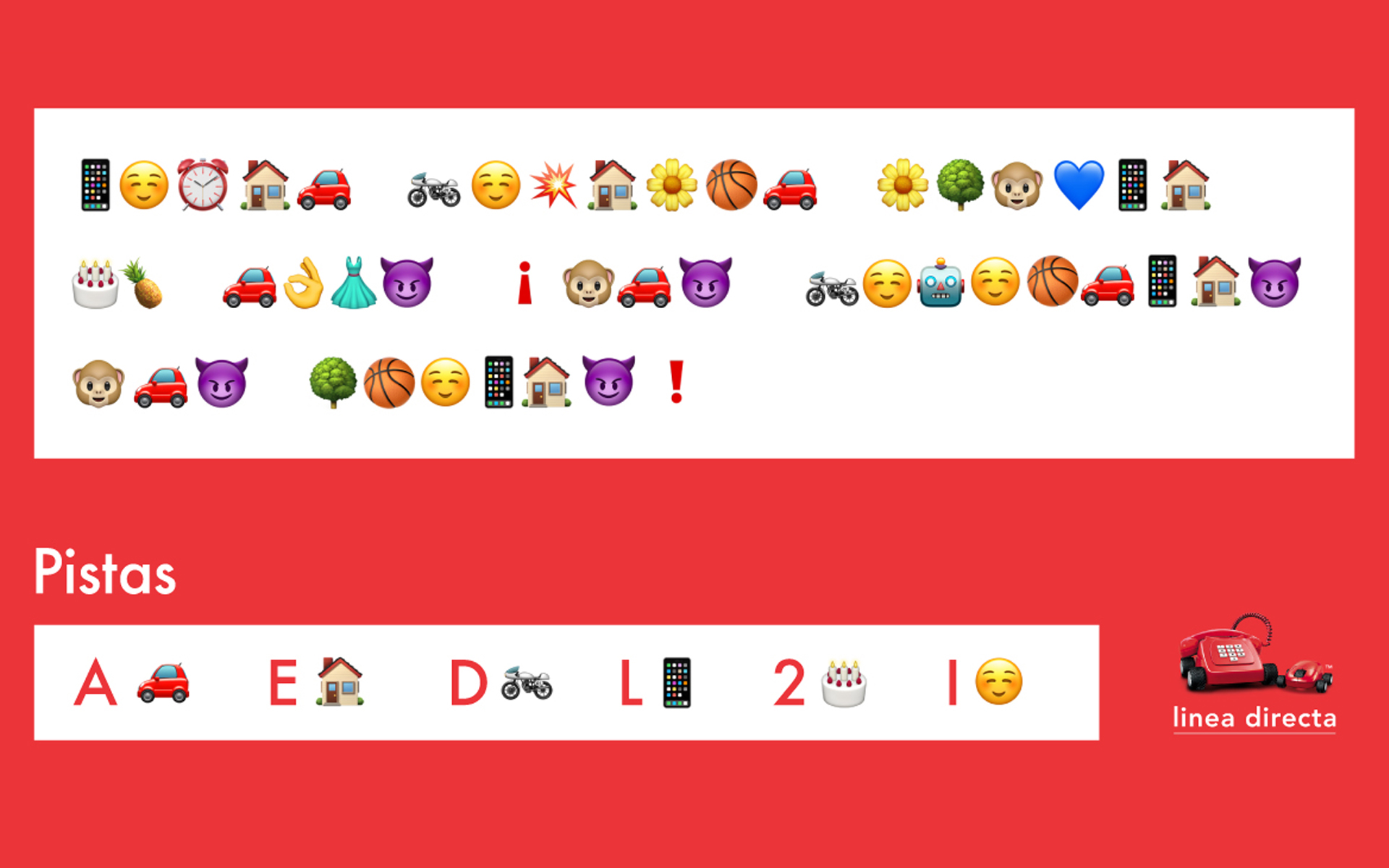 Línea Directa Aseguradora gives away a car for its 25th anniversary

Madrid, 14 October 2020. Línea Directa Aseguradora was launched 25 years ago, in 1995. It was the first insurance company to disrupt the traditional model of distributing car insurance in Spain, selling directly to customers, without middlemen or offices. Over the course of these 25 years, Línea Directa has continued presenting innovative products and services, such as the new "Call it X" insurance and its Respira (Breathe) policy specifically for electric cars. It is celebrating its 25th birthday with a competition to win a 2019 NISSAN JUKE ACENTA TEMP 6MT 1.0 DIG-T 86KW (117 HP) E6D. The company will pay the tax for the prize and provide comprehensive insurance from Línea Directa Aseguradora with an excess of €150 euros during the first year.

The competition starts today and ends on 31 October. Participants have to visit and follow Línea Directa Aseguradora's Facebook, Twitter or Instagram accounts and decypher a hieroglyph to reveal a phrase hidden in the emoticons. The company invites users to include the hashtag #25AñosLíneaDirecta in their reply to the riddle. The company is using this hashtag for all of the actions to celebrate its anniversary. The Línea Directa Group currently has more than 415,000 followers of its social media channels.

Línea Directa Aseguradora has been publishing teasers since 1 October to generate interest among internet users, with messages such as "Start the countdown" and "Something special is going to happen on our social networks". The company will give clues for decyphering the hieroglyph over the next few weeks.

A draw will be held before a notary in November to select the winner.

Francisco Valencia, head of Communication and Sustainability, said: "we wanted to celebrate the achievement of this special year when we turn 25 years old with a head-turning action. That is why we have decided to give a car away to one of the people who take part and follow us on social networks. We started as an insurance company specialising in car insurance, so we thought this would be an ideal reflection of our roots. We are giving this car away with Línea Directa's star product, comprehensive insurance with excess for the first year".

This is one of the insurance company's actions in 2020 to commemorate its 25th anniversary, rewarding the loyalty and support of its followers.