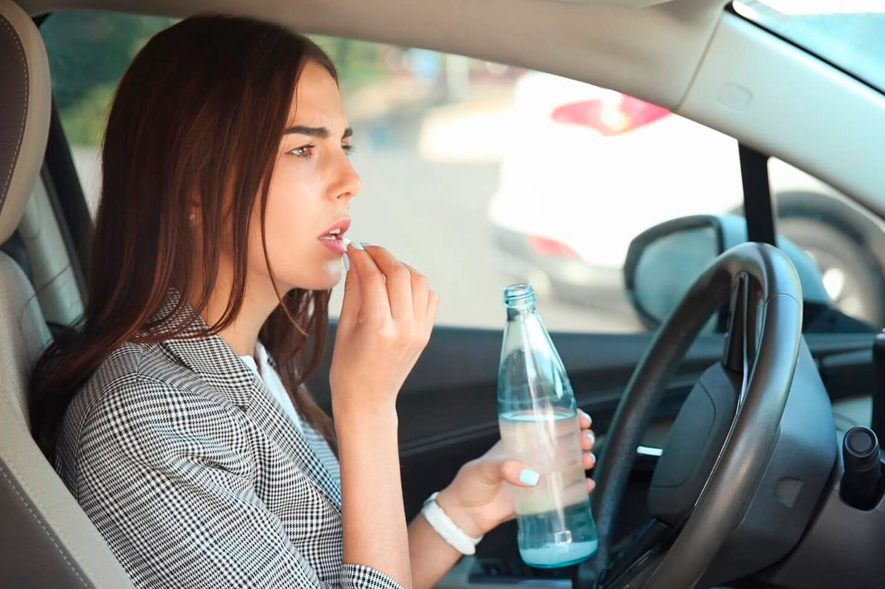 Madrid, 13 July 2021. The effect of medication on driving is the great unknown for the vast majority of Spanish drivers. This may be understandable, as medicines are a complex phenomenon and their effects vary depending on the type of medication, the dose and the person.

In this regard, it is important to clarify that medicines should allow motorists to drive safely, as long as they are consumed responsibly. Three conditions must be met for this to happen: it must be medically prescribed, it must be used for therapeutic purposes and its use must not impair driving. This is not always the case, as the presence of psychotropic medication in the most serious road accidents is becoming a cause for concern. In fact, in the last three years, the number of drivers killed who tested positive for these substances has increased by 40%.

Furthermore, in the last decade, the use of this type of medicine was present in almost 50,000 accidents with casualties. According to an estimate based on data from the National Institute of Toxicology and Forensic Science (INTCF), some 1,300 drivers who died in accidents were found to have tested positive for psychotropic medication. In fact, in the last available year alone, 12% of motorists who died in traffic accidents tested positive for this medication. This is a situation that may become even worse, as 11% of Spaniards admit to taking more dangerous medicines while driving as a result of the pandemic.

These are some of the conclusions of the study "Medication and driving: a deadly cocktail. Consumption of medicines among Spanish drivers (2010-2019)", carried out by the Línea Directa Foundation in collaboration with FESVIAL (the Spanish Foundation for Road Safety) and which analyses how the consumption of psychotropic medication has affected road safety over the last decade.

In the words of Mar Garre, Director General of the Línea Directa Foundation: "there is no need to panic: The behaviour of drivers is what is to blame for accidents, not the medicines themselves, so we must use them responsibly. We should only take medication when prescribed by a doctor, respect doses and any contraindications, read the package leaflet and consult our doctor or pharmacist if we are going to drive. We need to be vigilant, because the presence of psychotropic medication in fatal accidents is a growing phenomenon, which should make us aware of this problem".

Proportionally, the fate of pedestrians is even worse than that of drivers: 1 in 5 pedestrians killed in road accidents over the last decade were under the influence of psychotropic medication at the time of the accident. In this regard, almost 400 pedestrians who died as a result of a road accident had taken this type of medication.

According to the study by the Línea Directa Foundation, there is a widespread lack of knowledge about the effects that medication can have on driving. In fact, almost half of Spanish motorists (46%) do not know the meaning of the warning symbol that suggests a medicine may affect their ability to drive and 3 out of 4 are unaware of the consequences of the medicines they take.

This lack of knowledge leads to behaviour that could, at the very least, be described as irresponsible. Some 4.5 million drivers admit to driving after mixing alcohol and medicines and another 2 million after combining medicines with drugs. In addition, 1.1 million motorists admit to continuing to drive when they feel the effects of the medication they are taking.

Explanations for this come very close to excuses: 2 out of 3 drivers say that the doctor never or hardly ever informs them about the effects of medication on driving, a percentage that rises to 76% when it comes to pharmacists. However, more than 40% of motorists admit that they also do not ask their doctor about the consequences of their medication and more than 50% do not always read the package leaflet to find out about this. This is worrying, as 8 million drivers are undergoing medical treatment and another 2 million may be self-medicating.

Accidents and risk situations due to the use of medication

When asked whether they had experienced accidents or risky situations due to medication use, 14% of motorists, or the equivalent of about 4 million, acknowledged that they had been involved in one of these situations. By autonomous community, Murcia, Extremadura and Galicia are the territories that recorded the most incidents due to medication use, while the Basque Country, Castilla-La Mancha and the Valencian Community recorded the lowest amount.

As for the profile of the drivers involved in accidents, men are involved in more accidents and risky situations than women, who are more knowledgeable about the subject, tend to read the package leaflet more often to check its effects on driving, and believe that psychotropic medication can pose the same threat as drugs. By age, people between 35 and 44 years old are those who have the most accidents, and there is a strong tendency towards repeat offences, with 2 out of every 3 drivers involved in medicine-related accidents being repeat offenders.