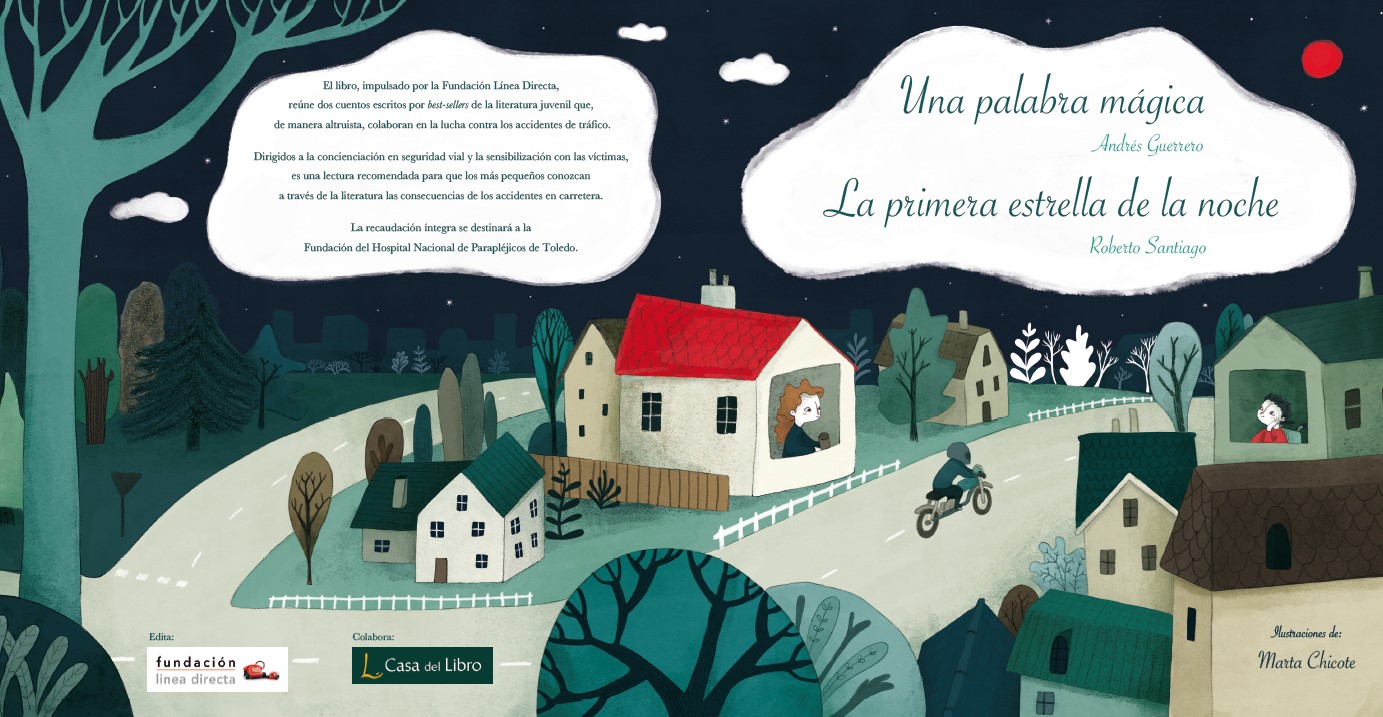 Madrid, 18 December 2020.- Road safety for children is a pending subject for everyone. According to data from the WHO, more than 180,000 children under the age of 18 die every year around the world in road accidents, which is 1 death every 3 minutes. This figure is no less worrying in Spain. According to data from the DGT, 19 children aged between 0 and 14 years died in traffic accidents last year, six more than in 2018.

Chilling data that highlights the importance of road safety awareness and education for children. True to its objective of fighting accidents, the Línea Directa Foundation has presented its solidarity book of road safety for children, an initiative aimed at raising awareness among children of the importance of being responsible in the area of road safety and preventing accidents. The initiative also aims to show solidarity with children who have suffered spinal cord injuries, and to normalise their situation and assist them in the process of psychological recovery after an accident.

The book contains two short stories: 'Una palabra mágica' (A Magic Word), by Andrés Guerrero, and 'La primera estrella de la noche' (The First Star of the Night), by Roberto Santiago. Both are prestigious and highly renowned writers who specialise in children's literature: Roberto Santiago is the author of the best-selling collection called ‘Los Futbolísimos’ and has won the Barco de Vapor and Edebé awards and Andrés Guerrero, who won the SM Gran Angular Award 2019 for ‘Blanco de Tigre’ (Tiger White). The book was illustrated by Marta Chicote, an experienced illustrator who has worked on books such as ‘Fonchito y la luna’ (Fonchito and the Moon), by Mario Vargas Llosa.

Línea Directa Foundation's solidarity book of road safety for children has a strong component of solidarity, as all proceeds from it will go to Toledo's National Hospital for Paraplegics Foundation, an international benchmark for research and recovery from spinal injuries. In addition, the Línea Directa Foundation has made a direct donation of €5,000 to the hospital's foundation to help children who are patients there.

The presentation of the book, which took place this afternoon at the Department of Traffic, was attended by Fernando Grande-Marlaska, Minister for Internal Affairs, and Pere Navarro, Director General of Traffic, who is also the author of the prologue to the work.

During this speech, the Minister for Internal Affairs wished to emphasise that the Línea Directa Foundation's initiative is in line with his department's policy, which considers road safety education "a key tool for preventing traffic-related risks, accidents and injuries, because it promotes the development of the individual, the group and the environment through the acquisition of knowledge, procedures, attitudes and values that also lead to safer mobility."

Francisco Valencia, CEO of the Línea Directa Foundation, emphasised that "every year, traffic accidents are the other pandemic, causing 1.3 million deaths around the world, 180,000 of which are among under-18s. That is why the Línea Directa Foundation decided to run this initiative with the aim of combating a problem that we must face as a community, and also to aid the recovery of many injured children and teenagers."

Línea Directa Foundation's 'Libro Solidario por la Seguridad Vial Infantil' may be purchased at La Casa del Libro, which is partnering with the initiative. Hard copies of the book may be purchased at the bookshop at Gran Via no. 29, Madrid, and via the website.

The solidarity book of road safety for children is the second solidarity book to be published by Línea Directa Foundation, after the children's story 'El Semáforo Aburrido' (The Bored Traffic Light) in 2018. By Jordi Sierra, it also aimed to raise awareness among children about road safety and the proceeds went to buying car seats for low-income families.