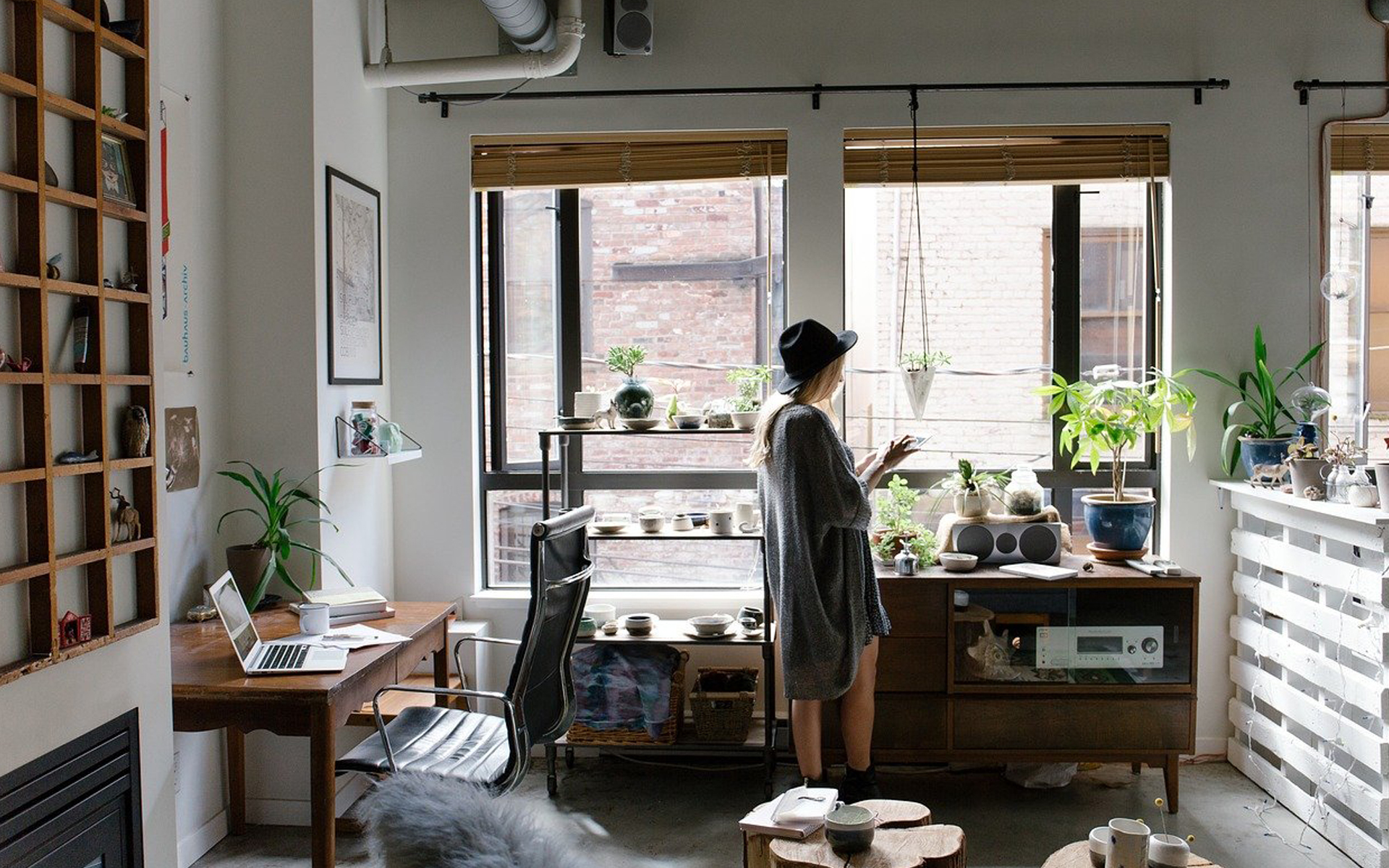 Covid-19 has led to 1.3 million moves and almost 4 million refurbishments in Spanish homes

Madrid, 14 December 2020.- If we had been told at the start of this year that we would work, we would take up leisure pursuits, we would do the shopping, we would go to a concert, we would see a film and we would be in contact with our family and friends without moving from our home, we would hardly have believed it. 2020 has brought new behaviours with it that the pandemic has forced us to get used to and made us recreate homes that go far beyond the traditional concept of housing. During this year, homes have become the place where we do everything and this has made families rethink what kind of home they want and need.

So much so that the pandemic has reactivated home moves: 7.3% of respondents, equivalent to 1.3 million Spanish households, acknowledge moving house after the lockdown in March and April. The most recurrent reasons for this change are to gain more space (27%), have a garden or terrace (22%) and have green spaces nearby (18%). This is one of the conclusions of the study, called 'COVID-19 Generation: How Spanish Households Have Changed During the Pandemic' run by the Línea Directa Home Insurance Division.

People in the Balearic Islands, Andalusia and Extremadura are the ones who have moved the most in 2020

By autonomous community, where people have moved house the most are the Balearic Islands (11%), followed by Andalusia (10.8%) and Extremadura (10.4%).

Alongside those who have chosen to move house directly, 3.9 million Spanish households (21%) have carried out some kind of refurbishment of their property or will do so soon. Refurbishment that, far from what you might think after the prolonged lockdown we experienced during the first half of the year, is not so much aimed at gaining outdoor space, extending the terrace or balcony (23%) or recreating a workspace at home (20%), as at renovating the bathroom, kitchen and bedrooms (59%) and improving insulation (25%). In addition, 17.3% of citizens have made some kind of change in their home, without requiring building work, to adapt it to the lockdown: Most have chosen to change the distribution of furniture (65.1%) and buy desks for remote working (31.4%) or other furniture (26.5%).

By age, young people are the least conformist regarding their homes and the ones who have made the most changes and carried out the most refurbishments. If we look at gender, men prefer to move while women are more prone to change the house décor.
Working without moving from home gains a following in Spain: Home and remote working

This analysis makes it clear that remote working has been one of the most significant factors in the changes in the perception of the home in 2020. According to the survey, 42% of active workers say they have returned to on-site work, 9% of Spaniards say that they have a mixed working formula and another 9% say they only work remotely.

This data contrasts with the ideal situation for respondents: one in three Spaniards prefer to work on site, 24% advocate for a mixed model and 21% would prefer to remain working remotely. If we talk about the costs of remote working, eight out of ten Spaniards think that companies should pay a significant part, and this opinion is very widespread among younger people. By region, Navarre, the Balearic Islands and the Canary Islands are the most committed to this measure, and La Rioja and Aragon are the least.

Unsurprisingly, the costs associated with remote working is one of the main subjects of debate in today's job market, considering that 11.8 million households say their household expenses have increased during the pandemic, ranging from electricity or gas bills to shopping to takeaway food or leisure-related products. Even so, half of them have saved more than in previous years.

Achieving a work-life balance has also been a headache in this era of remote working for nearly 5 million households in Spain, especially for women and households with children, as half of them say that working remotely is incompatible with childcare.

The longer time Spaniards have spent at home this year and the new activities done within the home have also led to more mishaps and damage at home. More than two million households have suffered some accident at home and a significant number resorted to telephone and virtual assistance to fix them (34% of cases), although the traditional in-person solution was used twice as frequently.

In parallel with changes at the structural and housing level, Spaniards have also acquired new habits in terms of leisure and consumption at home. During the lockdown, more than half of the households in Spain used online shopping and subscriptions for the first time, and they are currently still using e-commerce and subscribing to digital content platforms.

The pandemic has brought good and bad to Spanish homes. Eight out of ten Spaniards have got something good out of spending more time at home in 2020, especially being able to enjoy more family time (37%), while 66% believe that this health crisis has had many negative consequences. So, for one in five Spaniards, the pandemic has been dramatic on a psychological level, especially during the lockdown; 23% have been affected in relation to work, especially as regards working extra hours or people losing their jobs; and 7% have ended up divorcing or attending couples or family counselling.

Immersed in this situation and with Christmas just around the corner, Spaniards are clear about what they miss most about the pre-COVID era: three out of four say that it is meeting up and spending time with family and friends like they used to, followed by traveling (65%).

Francisco Valencia, Línea Directa Aseguradora's Director of the Area of Communication and Sustainability, says that: "For many families, the COVID-19 pandemic has transformed the concept of home, as they have spent much more time at home than usual. That is why Línea Directa wanted to look at how the home has changed during the health crisis, how families have been at home during the months of lockdown and what the consequences have been for them, as well as changes in working, consumer and expenditure habits."

For the opinion poll, the MDK consultancy firm conducted an online survey of 1,700 people from all around Spain. The survey was conducted between 15 and 23 October 2020 and has a +/- 2.4% sampling error and the results are weighted according to proportional sampling of the population by autonomous community.